Pheanouk turns 3 close to a month ago. He has been able to communicate better. He speaks longer sentences like more than 3-5 words combined having subject verb and objective. He also able to connect between an incident of event to the other. He able to convey his wishes and desire better. Hence, less tandrum that I have to bear with haha... he still knock Acphirouh whenever competition arise. That still bugs me.
He amuses me more though. One of the cute thing I find amusing is when he said “lanh Acphirouh touch pros Acphirouh touch” meaning “he loves Acphirouh a little because Acphirouh is small”. That came out when I told him I love him so much and asked him how much he loves me back. He responded he loves me big and he loves papa big and everyone else big but Acphirouh is small because Acphirouh is small.
Thanks to Mak Pov for brining the book home, Pheanouk is able to sit and trace on his own for the first time at home the number 1-10. How proud he was showing to me when he finished. Obviously Acphirouh is a big fan here. That little one sure picking up quickly in learning from his big brother. 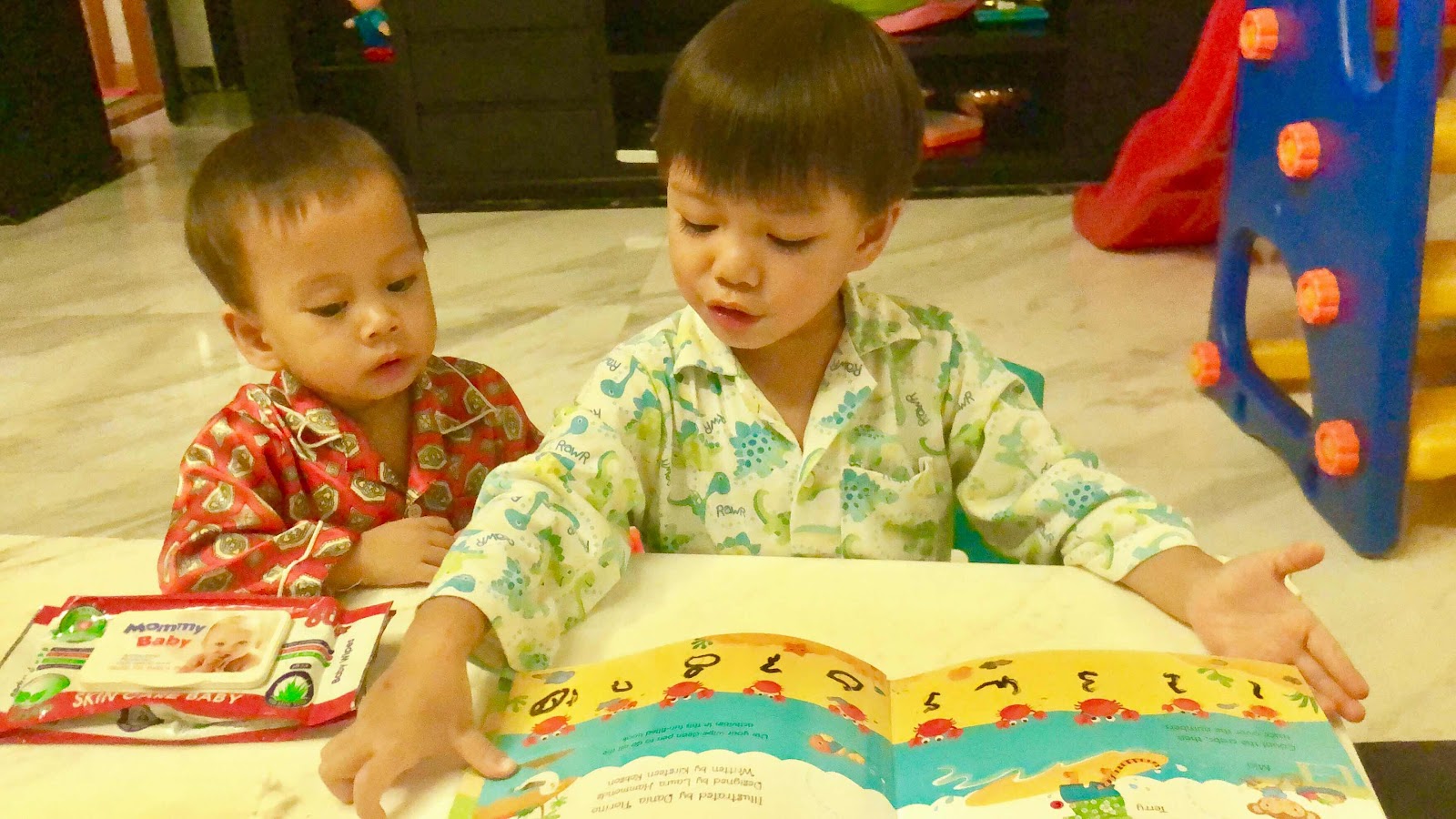 Acphirouh is 1 year and a half in two weeks. He able to respond “Bart” when called. He able to point to an item and call out its name. Specifically, he knows “larn” as in “car”, “tok tok” as in “three wheel vehicles” and “to” as in “motorcycle”. He also knows some of the color when asked too. Yesterday, when we were on a ride, Mary pointed at a tok tok and asked what it is, he responded “tok tok” and when I asked what color, he responded “Horm” meaning “red color”.
He is way faster than I anticipated given the experience where Pheanouk starts verbalizing at the age of 2 and a half and after he attended school. I trust this sure means siblings really helps.
He always call out “dai dai” as in “nak mday” meaning “mummy” whenever he saw me or whenever he desire me. He able to say “te” meaning “no”, “bam” as in “ngam” meaning “eating”, “bo” as in “por” meaning “pick him up”, and so much more.
Acphirouh is also able to “tvay bongkom” his great grandma as I regularly bring him to her place. How fortunate we are to live in an extended family. 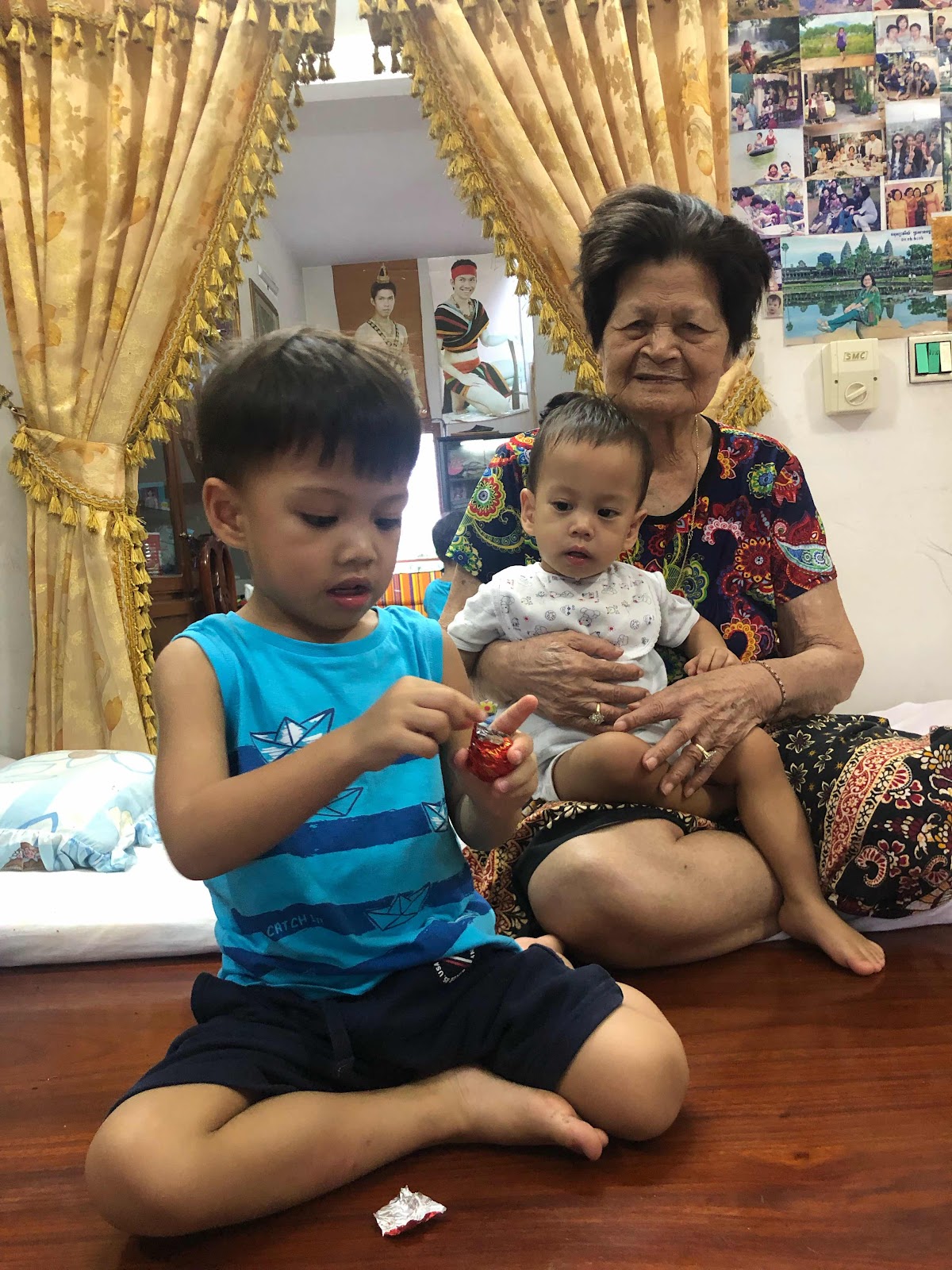