Where did the time go? Pheanouk has been telling stories and giving instructions. He role plays alone and he role plays with Acphirouh, his younger brother, and me at given opportunity like when he is in a cart being pushed by me and Acphirouh is in another being pushed by Mary, he would says "Acphi is the naughty car" and "Pheanouk is the police car" and "Pheanouk race Acphi with blaring siren we-oh we-oh we-oh" and he will keep instructing me to go faster "faster daay daay".

Today is another step forward. I have noticed his paper from school includes trace. So I had him trace "Kor" and he did it will full attention. This boy sure focus well. Here's some proof. 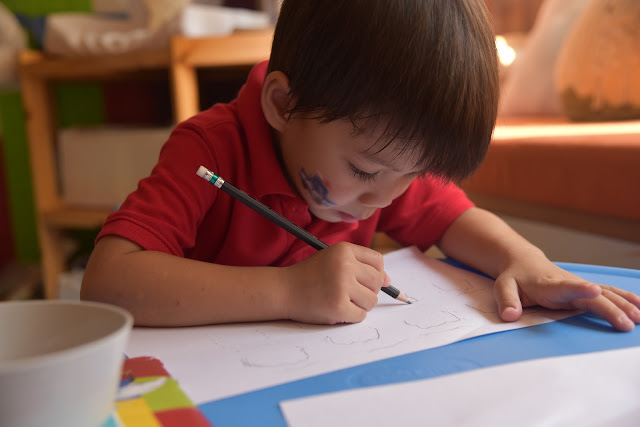 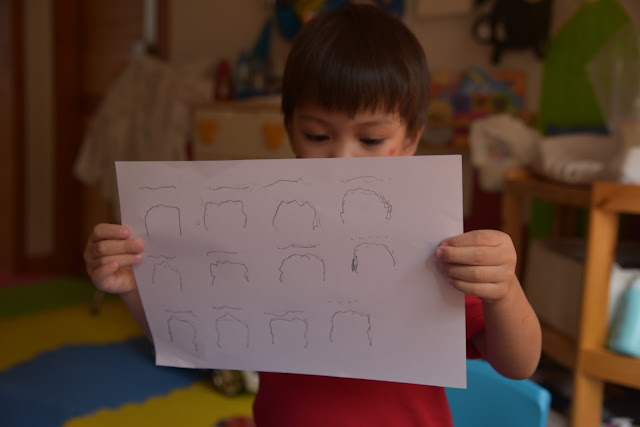 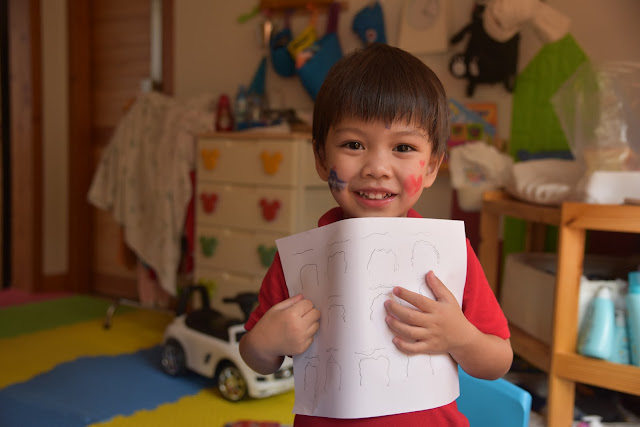 PS: In case you wonder what's on his face, Pheanouk has specifically requested for the "Heart" and a "Police Car" on his cheek. So I drew them for him ^_^ Every weekend is a festival with Pheanouk.